Day 9 went by pretty quickly and uneventfully as it was the home stretch before we reached Taylor’s parents home outside Seattle. We woke up and visited Fort Stevens, and the wreckage of the Peter Iredale. Both of these are part of a state park just outside Warrenton, Oregon where we had stayed the night. 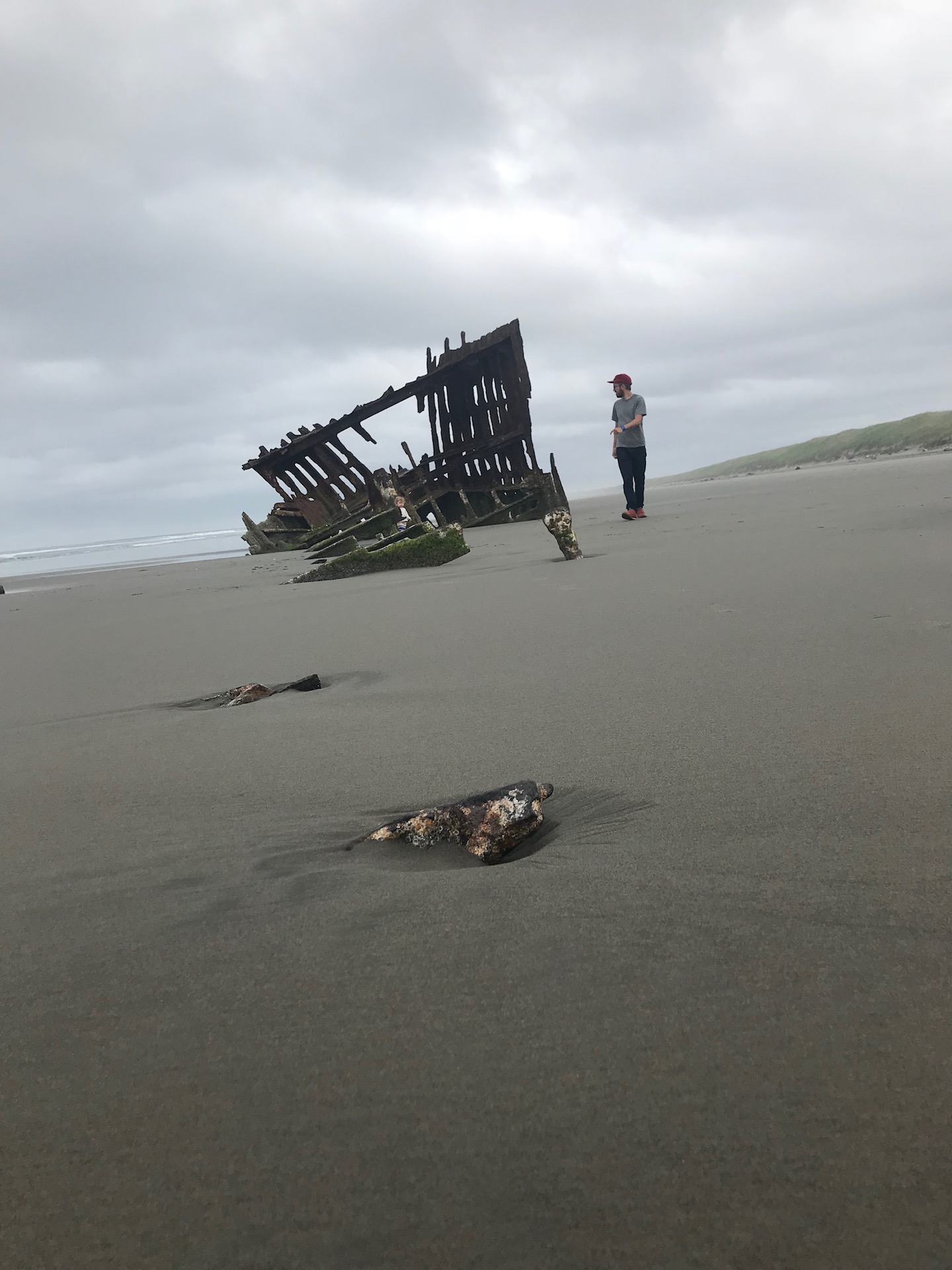 This is all that remains of the Peter Iredale

The shipwreck itself was really cool, a century old landmark that you can walk right out to when the tide is low. The ship was a four-masted boat, and all 4 masts are still buried in the sand. Three of them had turned into little tide pools and hosted some sea creatures inside. 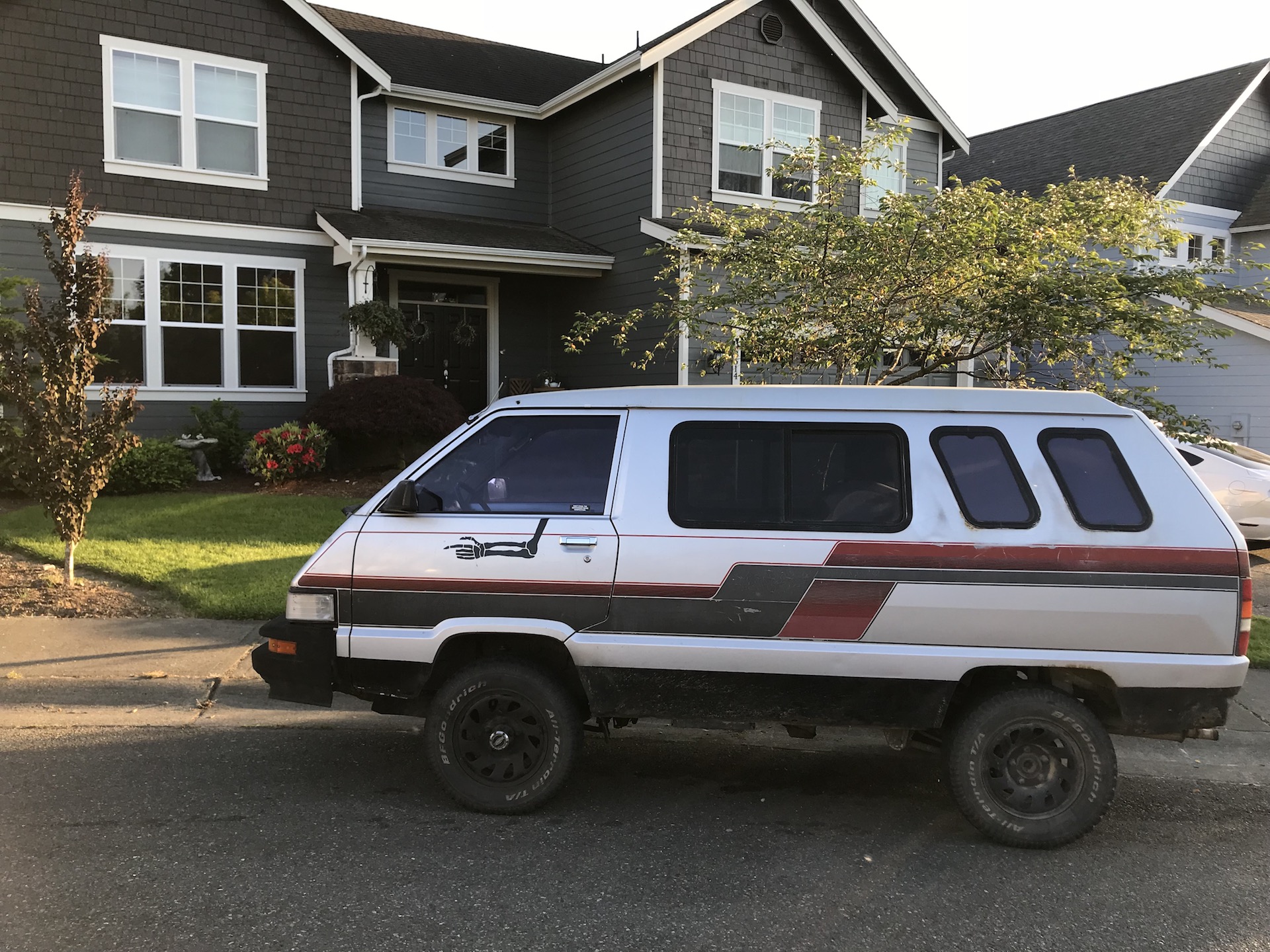 One of the ships masts had turned into a little self contained aquarium!

The story of the ship and of Fort Stevens is an interesting one, and available to read at Wikipedia for those who love historical trivia like me.

At this point we all were starving and hadn’t had breakfast so we stopped in Astoria at a local cafe called Blue Scorcher. It was a delicious, and quintessential Oregon restaurant. They used all locally grown, organic ingredients for their menu. We enjoyed a plate of french toast and huevos rancheros while Tara toiled away in the kids corner. She saw all the toys and completely forgot she was hungry. We had to coax her away from the area and remind her of how hungry she had been, begging us for breakfast only minutes earlier.

We were going to stop and see the house from the Goonie’s, as Astoria is famously the town setting of the movie, but apparently people live there and really don’t like all the tourists swarming around their place, which I totally understand. We decided to hit the road again, and breezed into Washington. We headed toward Aberdeen then cut over through Olympia and Tacoma, finally arriving at the end of our trip (at least in the northward direction) in Puyallup. Since then we have been enjoying hot showers, private bathrooms, and good meals.

The Van, a true champion and conqueror of the coastal highway

When we pulled up in our van, I think we scared off the Jehovah’s Witnesses because they scuttled off upon us arriving. I don’t blame them. I have to say though, the Van drove 2,000 miles without a hitch, and I am extremely impressed by its performance. We averaged 22mpg over those miles and even spent some time in the far left lane. It ran like a top, and I’m extremely excited and confident in its ability to take us on future road trips. I should be careful not to jinx myself though, as we still have to make the drive back to Utah…

We’re going to soak it all in here for a few days before taking our return journey home.

Thanks for following along on our adventure! We spent the next week relaxing with the in-laws before taking a straight shot home to Salt Lake. The trip home was in one day and we hit some crazy weather in Idaho, but was for the most part really long and uneventful. I drove the entire way and my back and neck killed the next day, but it was good to finally be home again! Now we will hop in the Chinook and move south for the summer for our next adventure! I’m excited to live in a new place and hope the new job works out.