After 2 days of really long drives we were starting to get burned out. Our 2-year old was performing her task of sitting strapped in a car seat all day way better than we could have ever hoped. I was getting really antsy to get over to the coast, so we axed Sequoia National Park (we’ll do that in its own trip later) and cut through Bakersfield and across California’s heart, crossing several hours of pristine farm land and wine country.

Upon arriving at Highway 101 in Paso Robles, we headed north past Bradley then cut west and took the Nacimiento-Fergusson Road toward Lucia. If you know this route, it is an incredibly windy, narrow, forest service road that is a little known (but dicey and very slow) “shortcut” to Big Sur if you come from the south since a huge mudslide shut down a section of Highway 1 at Gorda, dividing the highway into two sections. We were bummed that we didnt get to see the southern half from San Luis Obispo, including Hearst castle, so I guess we’ll just have to do this trip again, but from North to South. DANG. I guess if I have to… 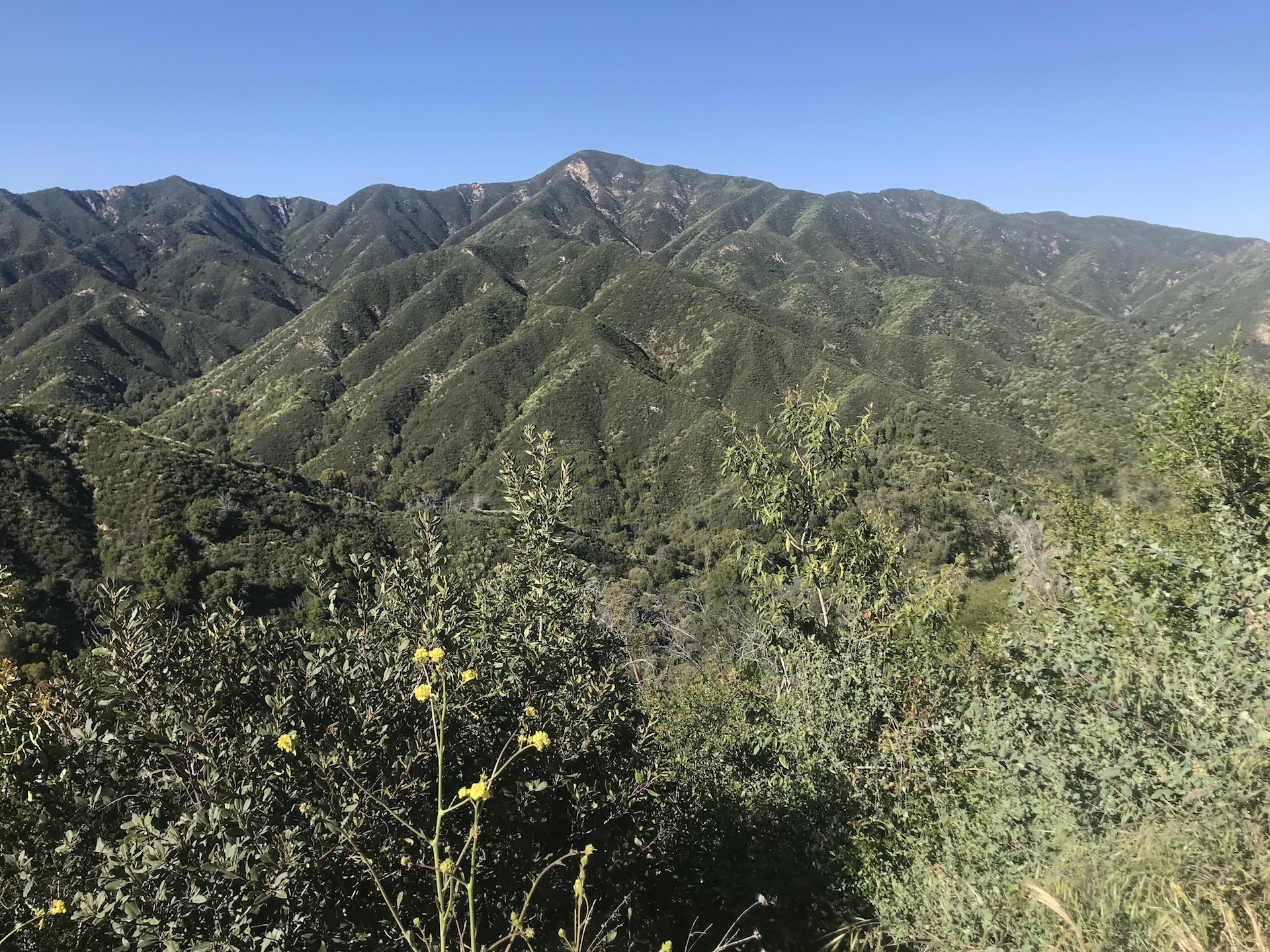 Imagine trying to build a road through these hills…

The road cuts right through the middle of a military base, so at one point I had to stop where the road was down to one lane due to construction. While I waited the tough army guy told me “NICE VEHICLE.” I guess that means the Toyota Van has now been officially endorsed by the worlds elite military force. Will the Blue Book value reflect that? Please? I really need mine to appreciate in value after all the money and work I’ve put into the thing.

The drive along the Nacimiento-Fergusson road was spectacular in its own right. Taylor stopped to pick flowers for her dye-ing projects. We performed a hair-rising climb while also enjoying the cool, deliciously fragrant air. Once we reached the crest, we took an offshoot dirt road that led us along for about 4 miles. We had read there was a campsite that one reviewer said “the best camp site” that he’d “ever been to, with “spectacular ocean views.” It sounded like hyperbole to me, but I was proved wrong. This was simply put, the best USFS camping location I’ve ever stayed on, period. It blows my mind that such a pristine spot remained just primitive camping sites. We picked a camping spot at the highest point with complete 180-degree views of the Big Sur coastline. 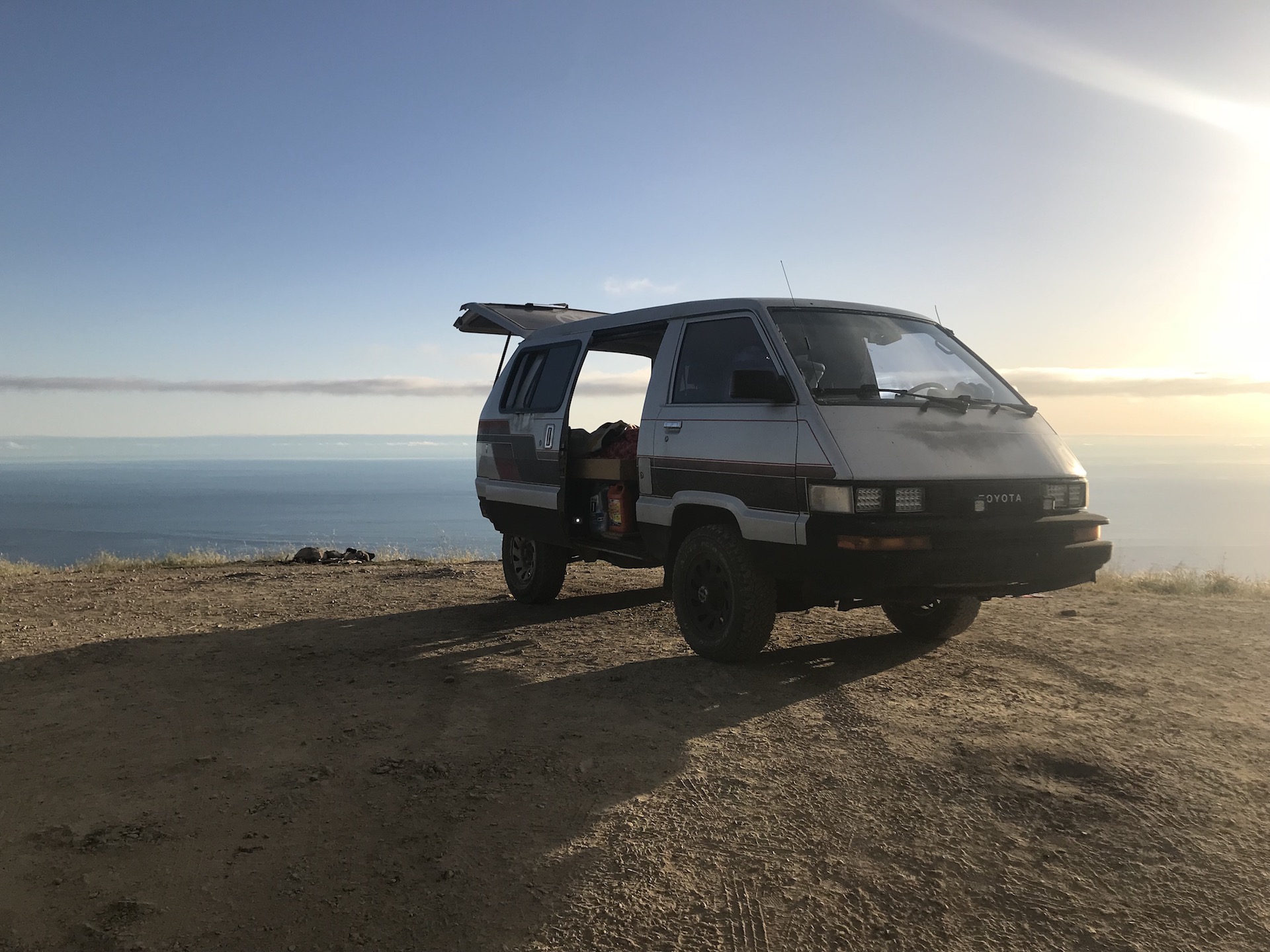 While we were there, we bumped into some other neat people, including a couple from florida, a dude from Germany who came hiking up with a paraglider on his back after coasting off the top earlier that morning, and yet still felt like we had the place to ourselves. 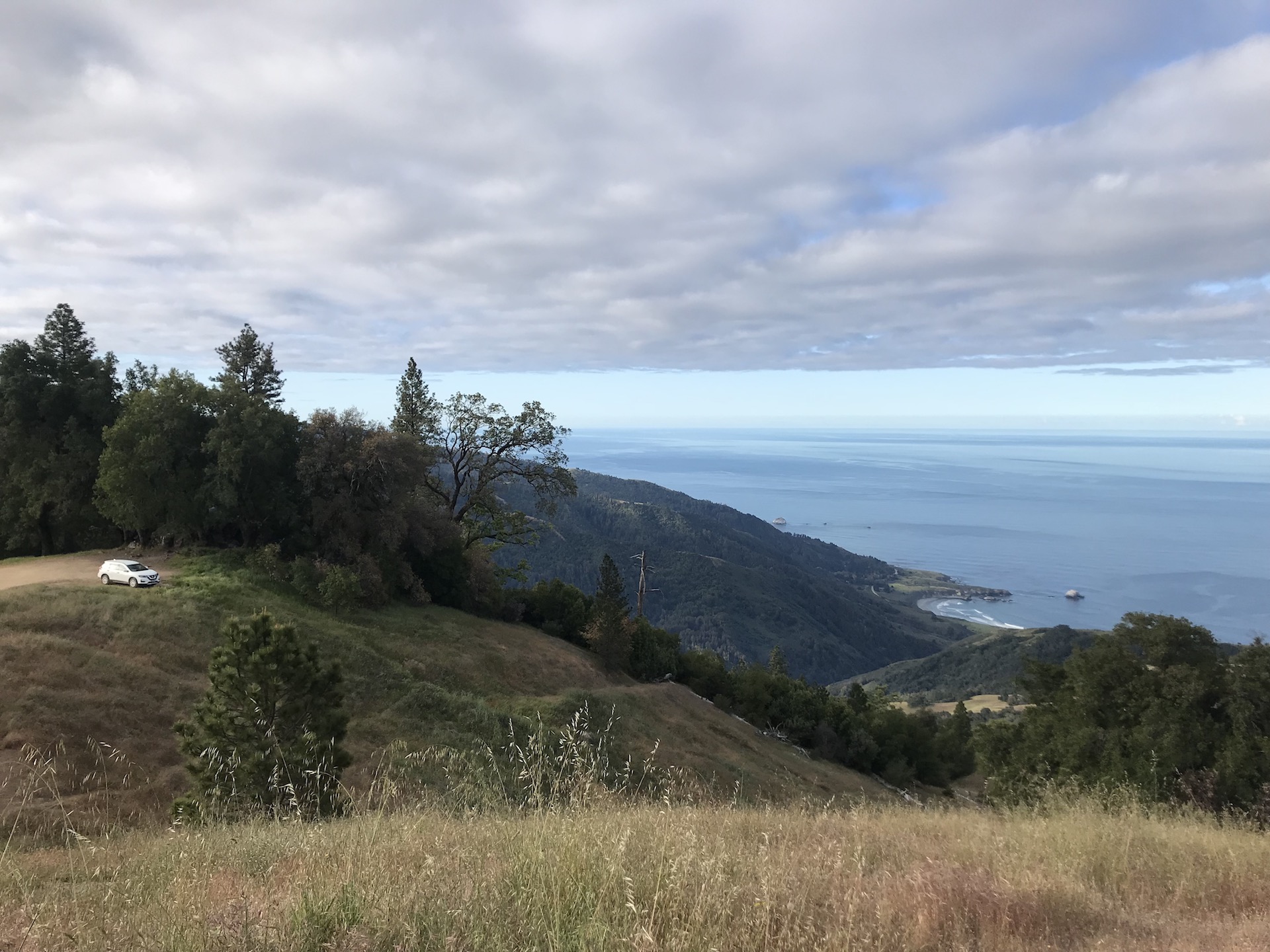 This is a free campsite. Mind. Blown.

This was one of those places that photos just don’t do it justice. The mist from the ocean collected in the treetops and swirled around, some of it making its way up the hillside before blowing through and past our campsite on the precipice. The evening wind was a wet, biting chill that kept us chilled all night long, in complete contrast to our stay in Death Valley the night before. We enjoyed a picturesque moment relaxing in the Van before closing up for the night and bracing for the cold night ahead. 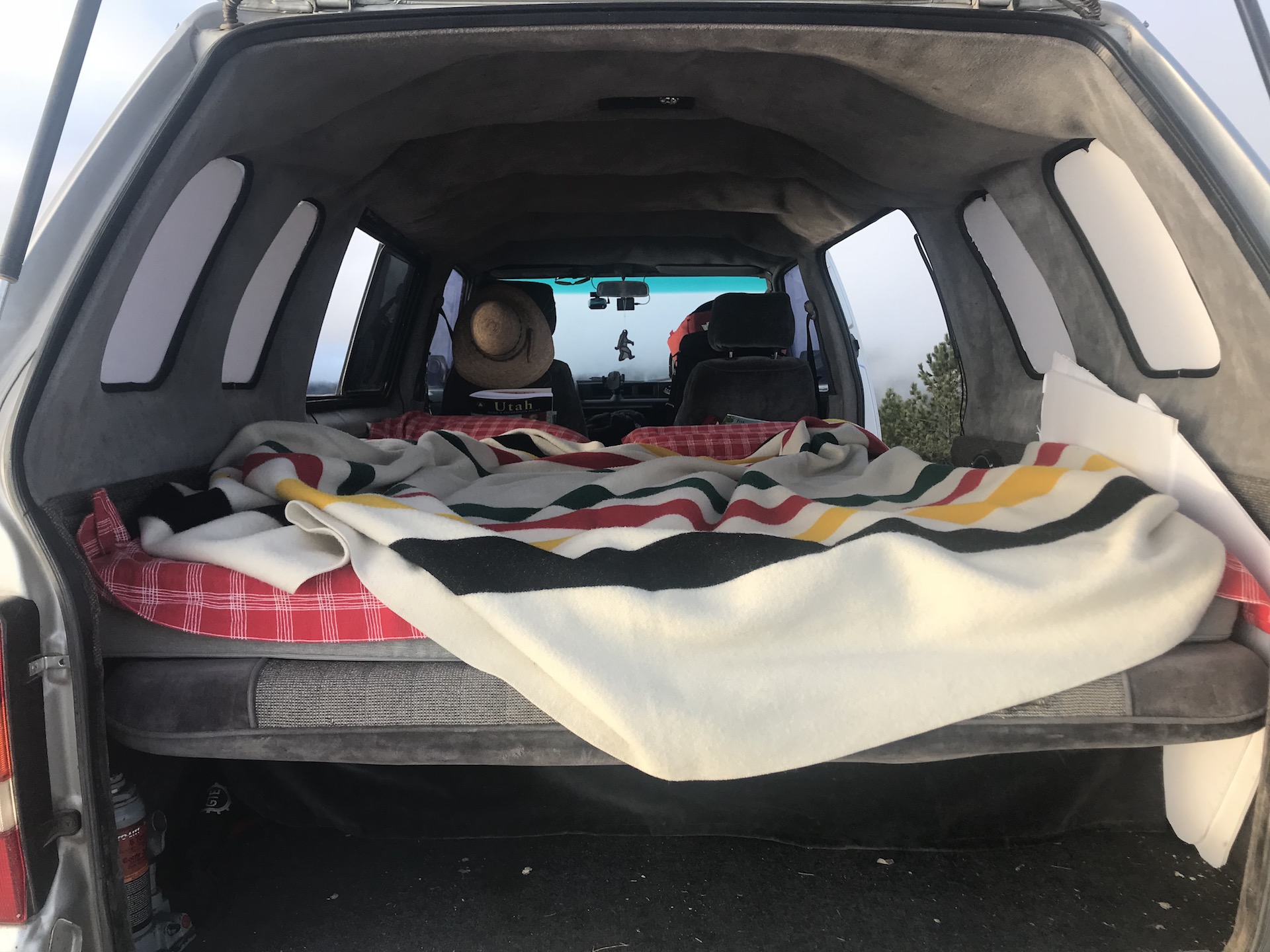 This queen sized Pendleton wool blanket was the best gift ever