Before we left, we had a killer breakfast (and lunch) and I helped my dad troubleshoot a bad driveshaft bearing on his Ford Sport-Trac. After that we loaded up and left. We drove across town to the gas station near the I-15 on ramp when I realized I had forgotten my wallet, so we turned around and went back. I checked all over the house for my wallet, before finally finding it in my back pocket where it had been all along. Do’h!

After that self-inflicted ordeal, we hit the road, cruising south on I-15 through the Arizona gorge. We went straight through Las Vegas, and then crossed over to Death Valley. 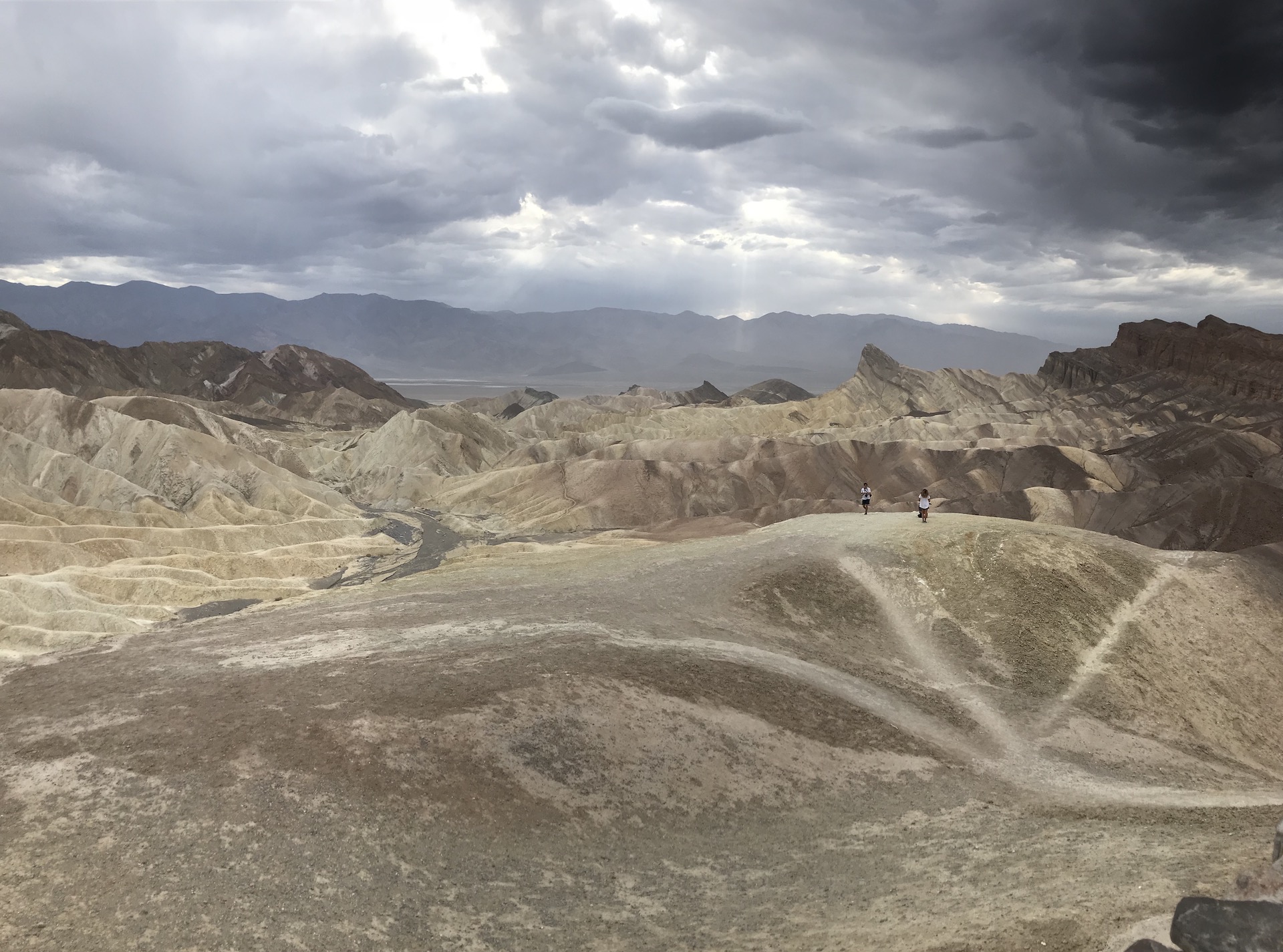 A valley. OF DEATH.

When we arrived there, it was a blustery day. The wind was blowing really strong and had the whole valley covered in a haze. That, combined with driving in the Van, made me feel like I was in a scene from Mad Max. 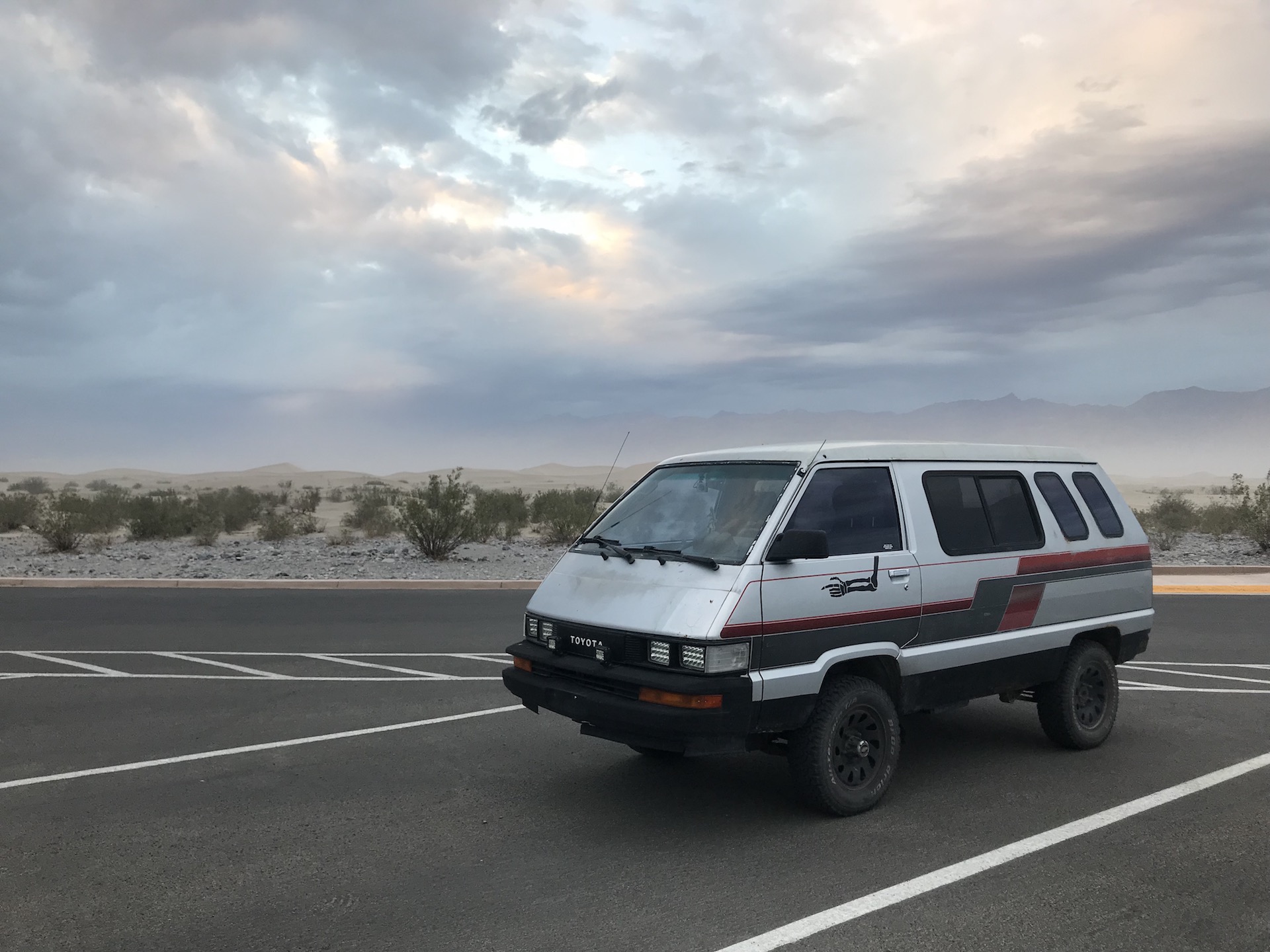 We parked at one of the free campgrounds because Tara was losing her mind form all the driving. For being a 2 year old, she had taken the long drive like a regular trucker. At this point, however, we just had to stop and camp. Personally, the valley was the last place I wanted to be since it was hotter than hell. Fortunately it did finally cool down around 1-2am to where I was able to fall into a semi-restful slumber. We barely spent any time here because neither of us are fans of it to be honest. It is a hellish landscape that I mostly feel driven to escape as soon as possible. We woke up early, made breakfast, then headed for the coast.