The power steering system in these old vans are notoriously famous for leaking in several places. The most common being around the pump, where it drips straight down into the alternator. This in turn contributes to premature alternator failure. I had a brand new rebuilt alternator put in and a couple of weeks later my power steering pump started leaking – right onto my new alternator!

This weekend I buckled down and replaced the pump with a new, quality rebuild. It’s a fairly straightforward job, with the proper tools and knowledge. By reading this post, hopefully you can learn a few things that will save time next time you have to replace the power steering pump.

Note: this write-up was performed on my van which is a 1987 4WD with manual transmission. Slight variances may occur between years and auto/manual trans models.

(Input your van’s year/model at RockAuto.com to verify you get the proper part)

(I use mostly Tekton and Kobalt tools. If you’re an amazon customer, I can vouch for the quality and lifetime warranty of Tekton tools. Great experience so far.) 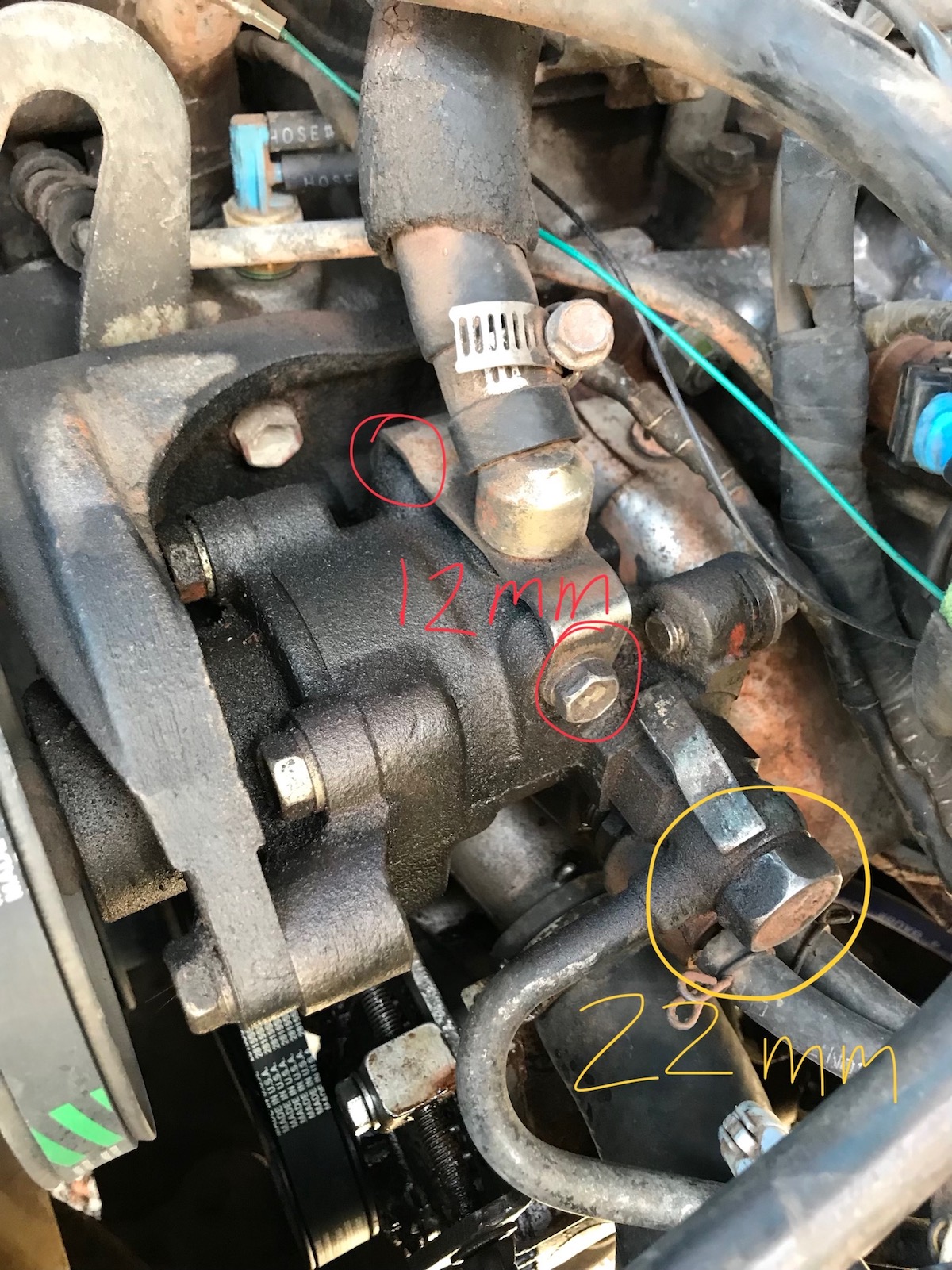 The hose on top is the supply hose, the 22mm banjo fitting is the return hose

First, disconnect the air valve hoses. Those are the two small hoses straight below the return hose fitting (marked with the 22mm bolt in the photo above)

You’ll want to have a container of some kind to catch any fluid that leaks out. Another thing you can do is get some aluminum foil and wrap your alternator or whatever other parts below the pump you don’t want getting smothered. I tried my best to form a piece of tin foil that would catch and drain the fluid out a single point so I could catch it in a milk carton that I cut open and set on the ground underneath. It worked ok but I still managed to make a mess…

Before moving on to the next step, you’ll want to replace the o-ring on the supply line nozzle. This is a very common leak point for the power steering system and has leaked fluid all over (and subsequently ruined) many van alternators. The replacement pump should have come with one. If not you might be able to find one that will fit locally or by using the one included in the Gates 351830 power steering seal kit. Your new pump should have also come with new copper washers for the banjo fitting for the pressure line on the side of the pump so don’t forget to use those new gaskets upon reinstallation. 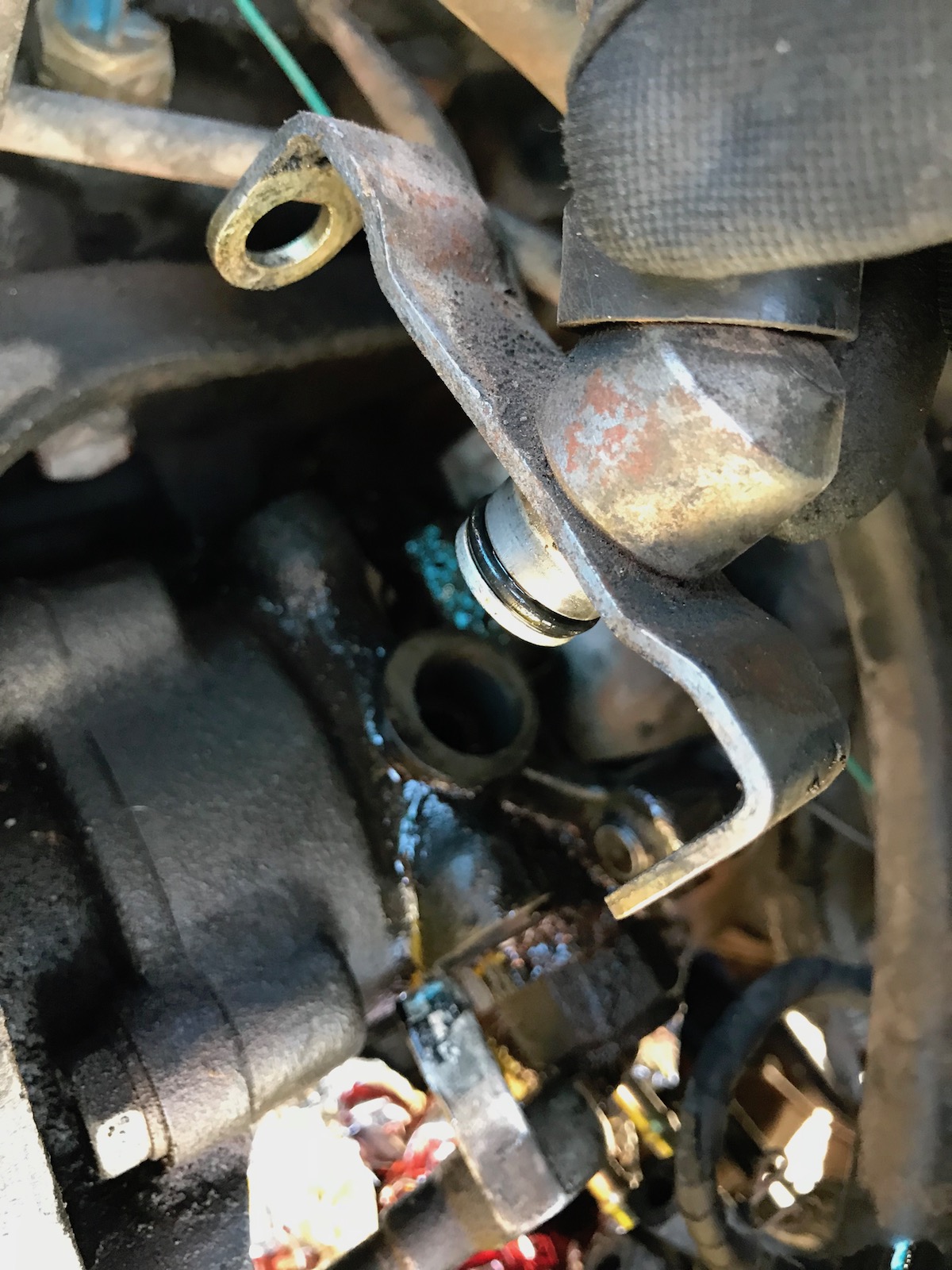 Next, we’ll need to remove the power steering belt and pulley. I did this by loosening the pulley set nut first. This is the 14mm nut on the small pulley in the top left of the photo below. Then release the tension on the belt by loosening the drive belt 12mm adjust bolt just above the pulley. Once its loose enough you can slide the drive belt off. 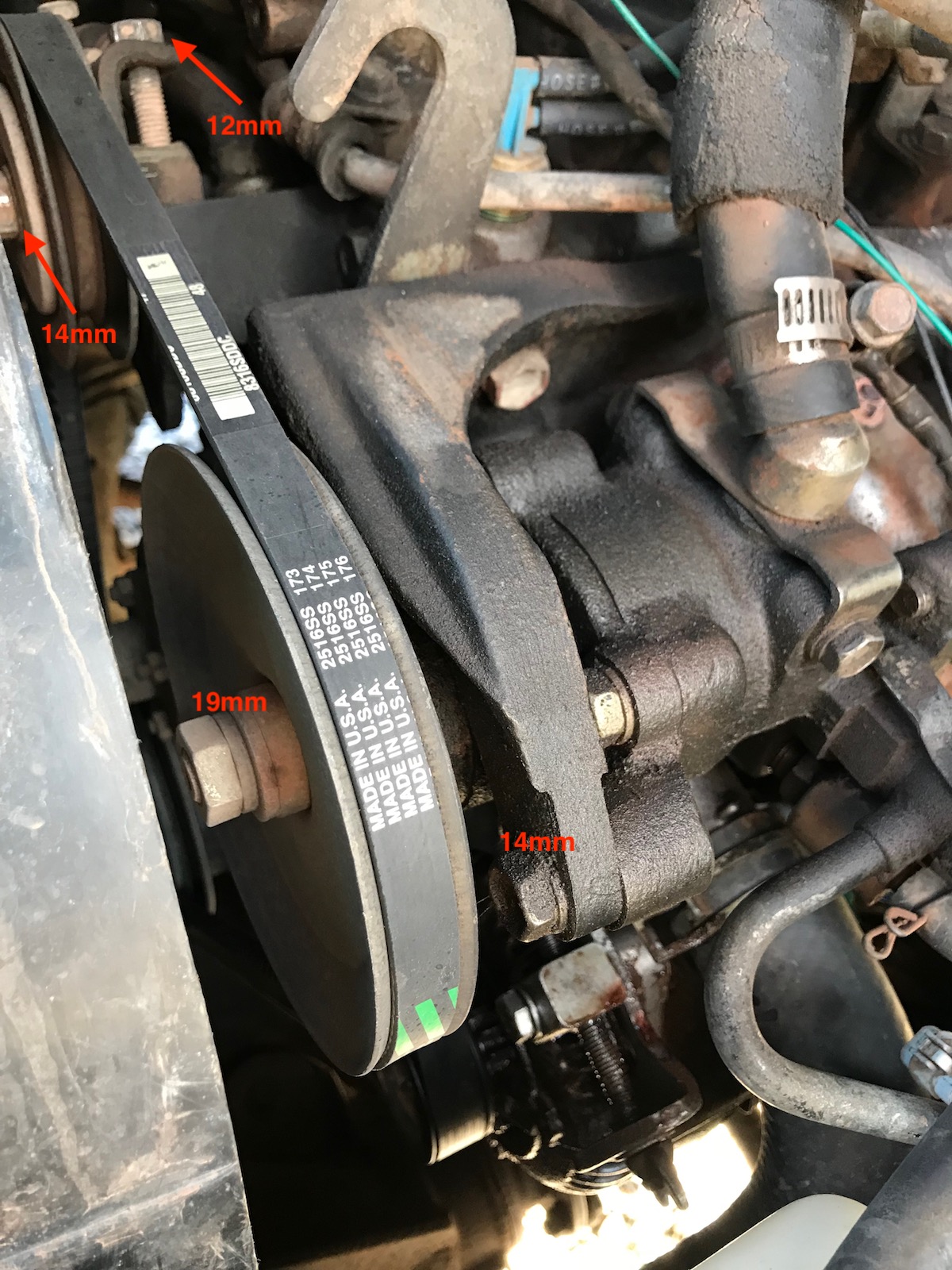 Next, grab a 19mm socket or impact wrench and try to remove the bolt from the nut mounted to the power steering pump. After fighting this bolt with no success (turning it causes the engine to turn with it), I finally gave in and ran to the AutoZone to buy a chain clamp tool. This made it so easy. It works just like a vise grip. Simply loop the chain around the pulley, clamp it down, and hold it in place while you break the bolt loose. A breaker bar will make this even easier.