I got ripped off buying a Toyota Van in September of 2015.

I discovered Toyota Vans for the first time in 2014. Understand that I have a huge interest in cars. I love cars, and the older/weirder it is, the more I find myself drawn to it. Add a Toyota emblem and you have me sold immediately. I’ve been a lifelong fan of Toyota vehicles – my first car was a 1993 Toyota Camry (graciously “loaned” to me by my parents) when I turned 16 years old. After a short time driving the Camry my dad picked up the aptly named 1993 Toyota “Pickup.” I drove that through most of high school, and had a few flings with other cars including a 4WD Honda Civic Wagon, 2-door soft top Geo Tracker, Mazda Miata, Subaru Impreza, and Suzuki Sidekick Sport. The Pickup always remained there, unflinching and reliable, in spite of its status as a little 2-wheel drive work truck. It obtained a few scrapes and the truck bed had bowed from hauling huge loads of gravel (weights which I’m sure exceeded its ratings) but alas, it remained loyal to me and stuck around for several years until I bought it from my dad. With only 130k miles on the ticker, it still had another 20 years in it. 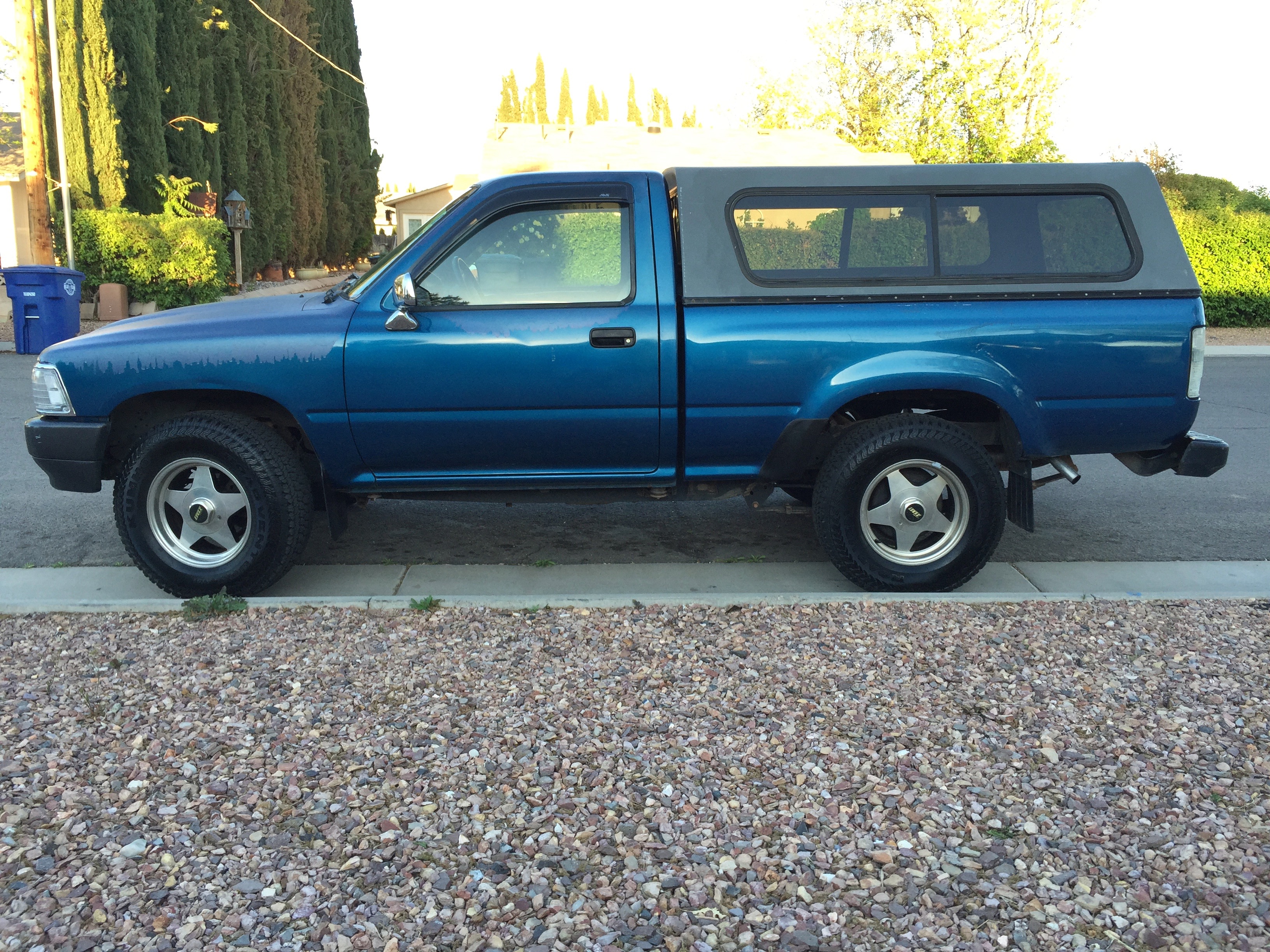 In case you’re wondering, yes, this photo does invoke a twinge of sadness…

Then the day came. After putting a bunch of time into the pickup making some improvements including building out a camper/sleeping platform in the bed, I stumbled upon the Van. I had been wanting one after driving my brother-in-law Cameron’s VW Vanagon and falling in love with the bus-style front cabin, the roominess and versatility of the cabins interior. However, being diametrically opposed to anything German, and especially that bearing the “VW” nameplate I scoffed in disgust at the thought of buying one. “It’s too bad Toyota didnt make something like this,” I mused. Imagine the delight when I found out… they did. I did the unthinkable and betrayed Babe, my trusty blue pickup steed and sold it in favor of a Van.

(Side note: I love how Toyota simply named their vehicles “Pickup” and “Van” – they say simplicity is the ultimate sophistication right?)

I had no idea what I was getting myself into.

The kid selling it was a recent high-school grad who had taken the van to Moab. You can see the video on YouTube below:

This video was what pushed me over the top in my desire to have one of these. After hounding classifieds across the country for almost a year looking for one however, the fact reminaed that I had next to zero mechanical knowledge of these vans, and my experience working on cars was limited only to the very few items I had fixed on my Pickup (the thing never broke! Ever!) So after driving it around, seeing the kid’s passion for the van, and meeting his dad who was a mechanic and owned a local shop, I made the terrible assumption that it had been well taken care of. I was wrong. They say that mechanic’s cars are always the most neglected and I learned first-hand that is so true. 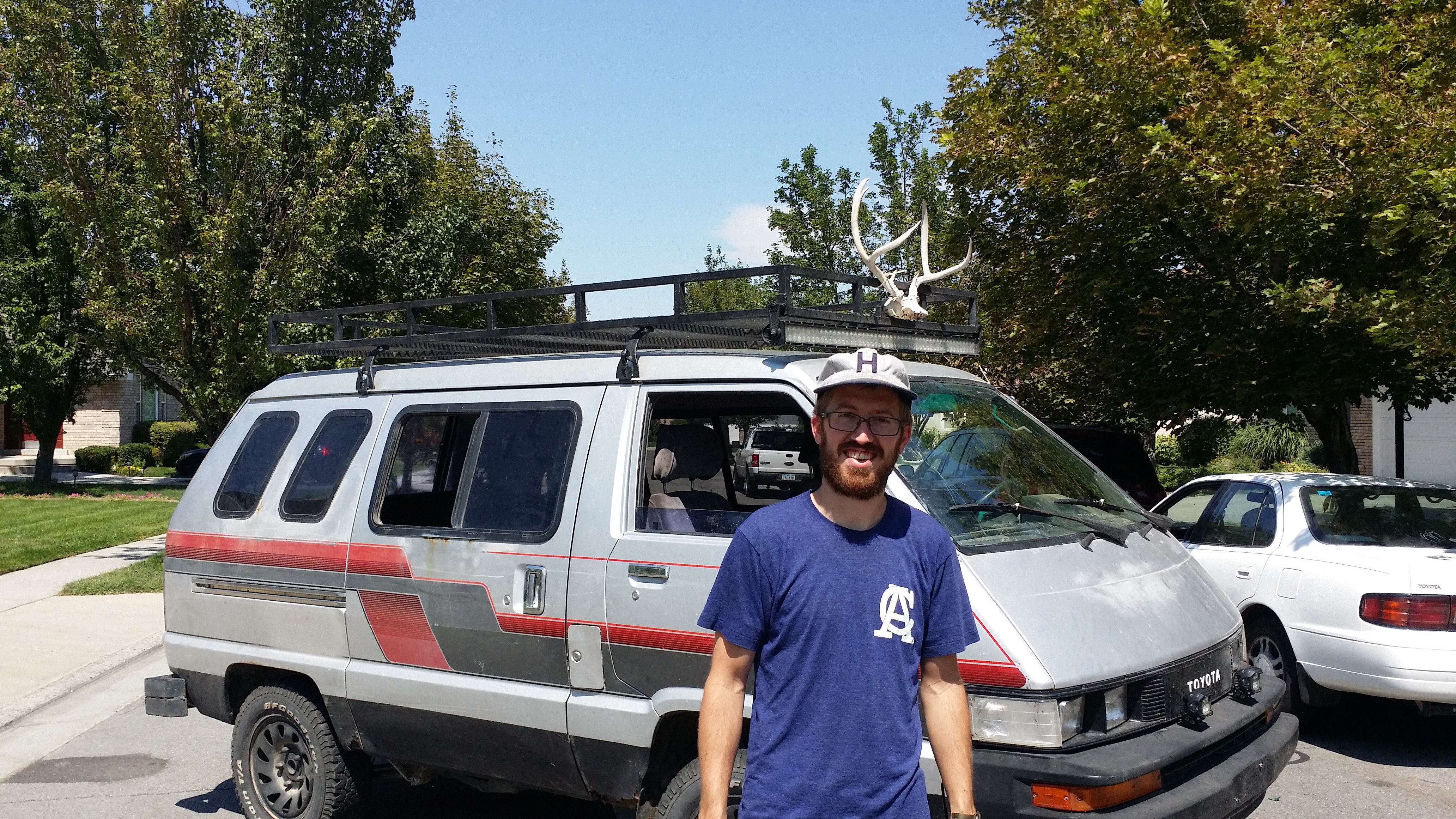 For the price I paid, I should’ve insisted he include the antlers…

I paid $5,000 for what I thought was a meticulously cared for vehicle with a few small rust spots and happily drove the van home from Salt Lake City to St. George with the radiator light on (the seller dismissed it as an “electrical bug”) and without once checking the oil level (the seller said it burned oil but he had just filled it.) Upon arriving home in elation, I started inspecting things and thats when the nightmare began. I checked the coolant overflow tank – empty. Uh oh. I filled it up and the radiator light went off. “Oh no,” I thought. “This kid had no idea what he was talking about.” I immediately followed by checking the oil level which was nearly bone dry. Yikes. I filled that up as well and realized that I had just bought a van that should have only been worth $1,000. The nightmare had begun. 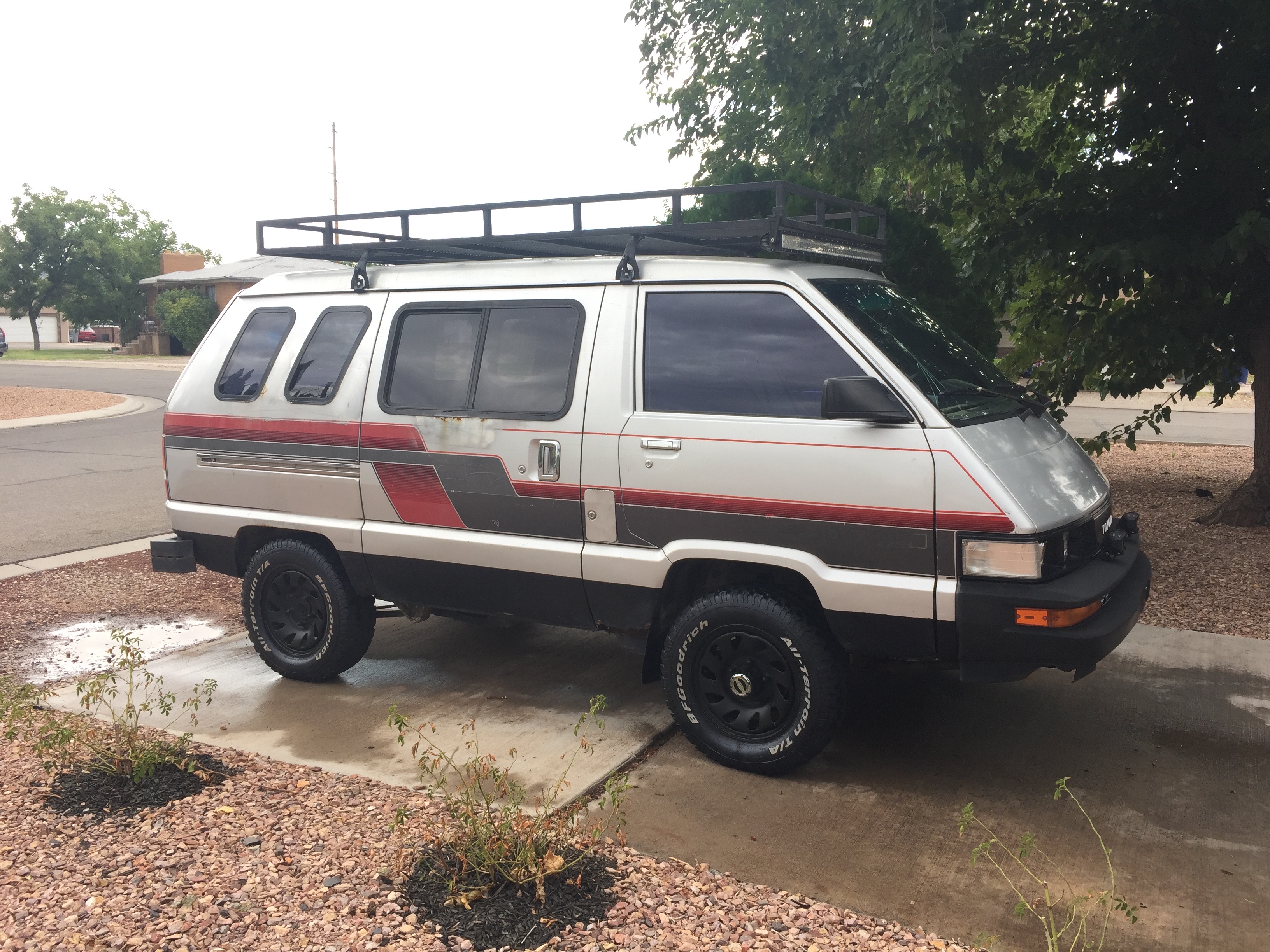 After seeing how truly dilapidated it was, I consoled myself with a wash

Over the next year, going through unemployment, moving to Washington state and then back to Utah again a few months later, I tried my best to give the Van the attention it needed. I fixed things here and there, and slapped down some big bills to address some other big issues I hadnt noticed like a leaky radiator (a $700 job to recore and replace). All the while I struggled to remain positive. I have literally poured “blood, sweat, and tears” into this thing. I don’t have a lot to show for it cosmetically (I plan to address this), but mechanically its a night and day difference, and I’ve learned a staggering amount about myself and about working on cars that has been well worth the dollar price I paid. Not only that, but we’ve been able to have a few memorable camping trips in it and caught the “Van Life” fever. I have a plethora of ideas and improvements for the future, and dream daily of epic road trips and campouts that would only be possible with a vehicle of its character.

This massive ripoff was one of the best purchases I ever made.